“With the inspiration of New Orleans, Sister Suzie is one to watch out for.”

"On the outside stage, my highlight was Sister Suzie, a rocking and rolling blues singer, originally from Northumberland. She had the audience up on their feet and in the palm of her hand"

Sister Suzie hailing from the North of Northumberland delivers her shows with an undiluted boisterous charm and she packs a punch in every performance. She and The Right Band take their audiences on an explosive musical journey of blues, rhythm and blues and raucous rockers paying tribute to Suzie's favourite influences such as Elmore James, Irma Thomas, Willie Mae (Big Mama) Thornton and more. Suzie and her band set the stage alight with their original material too, leaving audiences tapping their toes and smiling from ear to ear long after the show is over. Having been working the clubs on the South coast and in the capital together for two years Sister Suzie & The Right Band released their first album in September 2018 under The Last Music Company label, being re released on vinyl in July 2019 - the ideal format for these cracking live analogue recordings; the album has also received a nomination from The Blues Blast magazine for best newcomers debut album! From playing the South Coast where Suzie now resides to now wowing audiences across Europe, America and playing every day in Glastonbury in 2019; Sister Suzie & The Right Band are a force to be reckoned with and not to be missed! 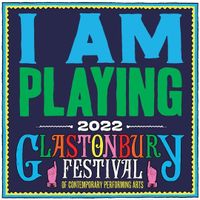 Glastonbury, The Rocket Lounge, The Fields

We are here again, 5 nights, 1 stage, a residency at Glastonbury!!

In summer 2022, the New Orleans Jazz Festival of the Alps will kick off the 22nd edition of Davos Klosters Sounds Good. The festival will continue to take place over two weekends. In addition, we would like to continue to spread the number of concerts over several days, and also to be able to present the musical diversity that this festival has always offered in a more pronounced way.

The programme offers a great selection of concerts in the side valleys, on the mountains, at the lake and in hotels and restaurants. The Jazz Train, which travels to Bergün and back, promises to be another great treat in 2022.

Such an iconic pier, a wonderful place to play and to be on a summers afternoon!